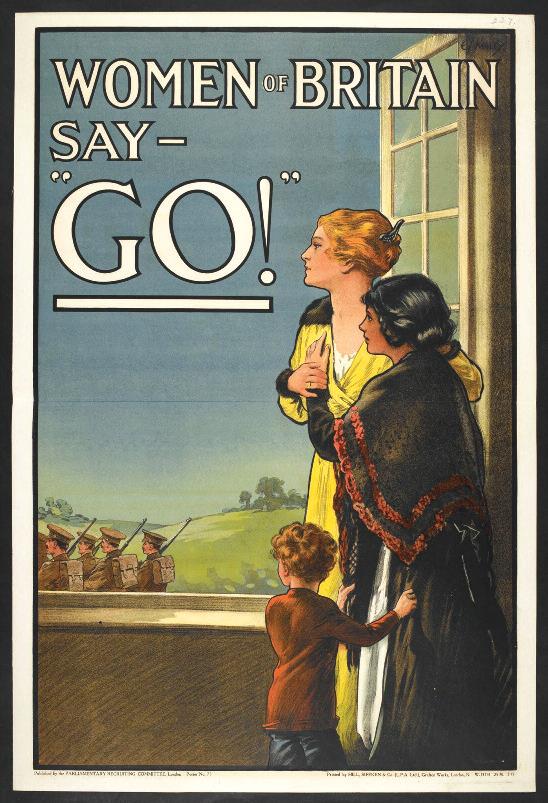 “Generations yet unborn will rise up to look back with pride upon that August Bank Holiday when the British people threw themselves into the mighty struggle of the Great War. They will ask of us what part we played; how we fought for the liberty of the human race. They will be told first of a people in arms. Every man was, or wanted to be a soldier, to take his stand with the clashing hosts or his peace with the mighty army of the Beyond. They will be told of a unity of purpose, a firmness of will and determination which a righteous cause alone can give. How that every man was for the State and all filled with an unconquerable and unquenchable zeal to avenge the Prussian outrage on the Little Nation. We shall have been proud to have lived through these days.”

In August 1914, when war was declared, everyone embarked on a journey into the unknown. Men joined the services ready to be sent to places they had only ever read or been told about – some similar to their home county of Suffolk, others utterly alien to them.

Their wives and children remained at home attempting to continue daily life with a semblance of normality, tinged with the constant fear of the arrival of bad news delivered by the postman or telegram boy. Many were forced to move out of their homes; forfeited when their menfolk enlisted and were no longer employed.

The role of women changed; they became breadwinners through the necessity to support their families and the war effort. For a family to receive wartime separation and dependents’ allowances, a soldier would have to give up part of his pay. The deduction was not compulsory and without it, the family would get nothing. What was more, the allowances could end at any time in the most devastating of ways. The widow’s pension was not introduced by the government until 1919, after the war had ended. Women started working more in areas that had traditionally been exclusive to men: in factories and agriculture. This had begun before the war but now became commonplace.

Everyone, no matter what social class, was affected, drawn together with a sense of community and drive to overcome the hardships and losses the war brought with it. In Melton, villagers organised food collections for the local Red Cross Hospital, fund-raised for the war effort or to provide comforts to the troops on the front line or in prisoner of war camps or collected waste paper and other materials for recycling.

The quote at the beginning is from Lambert’s Family Almanack, printed in Woodbridge, Suffolk, in 1915. The almanack was produced annually and summarised the events of the previous year, both nationally and in the villages in the surrounding area, such as Melton, Martlesham, Ufford and Wickham Market. Not only does it describe the people’s feelings at that time and the hopes they had for the future, but provides a link to the contents of this book.

One hundred years after the Armistice, we are one of the “generations yet unborn” and in the pages of this book we will try to answer the question: “Melton, what part did they play?”