THE STREET is the centre of Melton village where much of the trade took place. The Beeches, on the corner of Woods Lane and the Street, was once the home of artist Thomas Churchyard. The houses of Foundry Row were built to accommodate the workers from Page and Girling’s Ironworks, one of the main employers in the village. Opposite the terrace was the site of Melton Gaol, built in the late 13th Century. Over time, the gaol became a maltings and then a grain store for the Melton Corn and Coal Company and during the First World War was used as billets for soldiers including the Essex Yeomanry. The village school was located in a yard between the end of Foundry Row and the Old School House. During the war, Richard Bentham was head teacher. The buildings were used on occasions by the military authorities and the troops billeted nearby.

Milestone House was once the village Post Office, run by Ernest Curtis, who also managed an agricultural and general engineering business. Over the road, next door to the Burness Rooms, was Crane’s Bakery. The Burness Parish Rooms were built by William Bilby in 1904 and paid for by James Burness – a Scottish business man and ship owner who had retired to Melton in the 1880s and who lived in Melton Lodge. The Rooms were used in the war as a recreation and writing room for the soldiers billeted in Melton.

On the present day site of Thurlow Nunn Standen (TNS) was Page and Girling’s Ironworks and Foundry. But in the run up to the war, the company had become a motor dealership, owned by Mr Bradley. In the now demolished buildings between TNS and McColls, on the junction of Saddlemaker’s Lane, were the businesses of William Booth, blacksmith, and James Beaden, wheelwright. On the corner, in the building that is now McColls, was a saddlery and harness-making business owned by Thomas Spink. 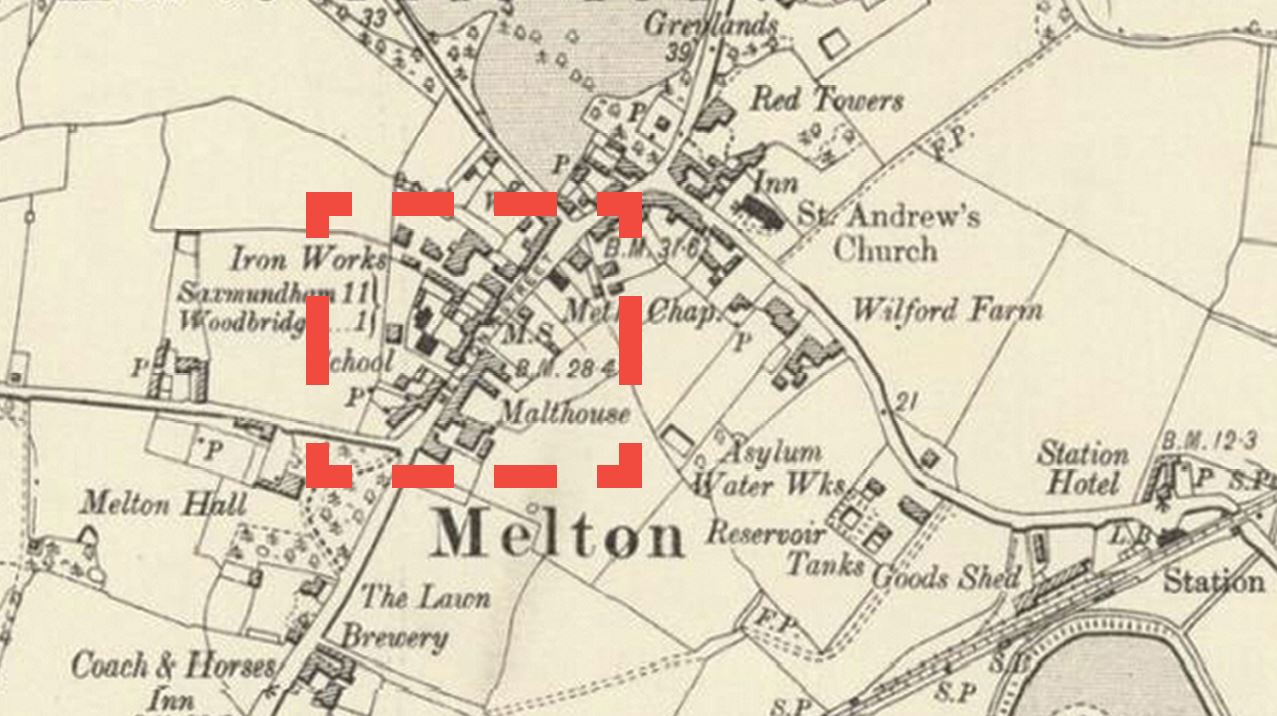