FOLLOWING YARMOUTH ROAD beyond the village towards Ufford, two grand houses stand on the right-hand side: The Red Towers and Greylands, both of which were built during the 18th century. The Red Towers was first owned by Francis Brooke of Ufford Place but, during the war, it was home to the Murray family. Reverend John Gove Spurgeon was the first inhabitant of Greylands, or Hill House as it was then known. By 1911 however, it became the home of William Pretty and his family – it would remain so until after the end of the war.

The Police House on the opposite side of the road was the home of Harry Sydney Beare, the village policeman. Harry lived in the house with his wife, Edith, and their two daughters, Elsie and Doris. The Police House was also once the site of the Lion Inn, a coaching house on the Ipswich to Yarmouth turnpike. Further up the hill lie the gates to Melton Lodge, home of the Burness family; their house was built in the early 19th century. Through the iron gates, manufactured by Page and Girling’s foundry in the village, is Lodge Gate Cottage, where James Burness’ coachman, George Woolley lived. 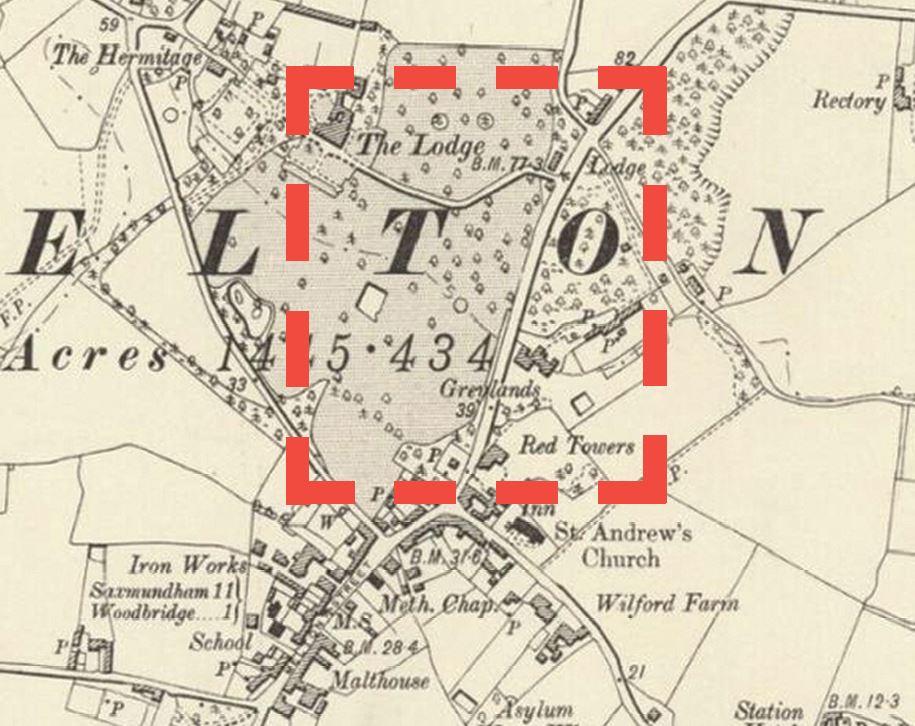