AS THE NAME suggests, Bredfield Road was the route that passed through Melton between the village of Bredfield and Woodbridge. Spanning the boundary of Melton and Bredfield was the Bredfield House estate. The main house of the estate was situated in the parish it was named after, while the lodge cottages could be found in Melton. It was the birth place of Edward Fitzgerald, the English poet and translator of the The Rubaiyat of Omar Khayyam, a book of Persian poetry from the eleventh century.

Further into Melton, along Bredfield Road stands Castle Cottage, a building designed and built in the late 1890s by William Marjoram. After the air raid on Woodbridge on 12th August 1915 by the German Zeppelin L10 that left six dead and seven injured, William constructed an air raid shelter in his back garden. Biblical quotations were engraved on the walls of the room and on its stairway. The shelter is reported to be twenty feet (six metres) underground at the deepest point and the room nine feet (three metres) in diameter. It is now one of only two First World War air raid shelters remaining in the country.

Bury Hill was constructed in the late 1890s and, in 1901, the house was home to the Fryer family. In later years, domestic accommodation was built on the estate surrounding the house for American servicemen and their families based at RAF Woodbridge and RAF Bentwaters.

The waterworks were built around 1902 and they were owned and operated by the Woodbridge and District Water Company, formed two years earlier. The site was initially to be only the location of the water tower and associated pump house; however, a borehole was drilled there after the original site proved to be unsuitable. 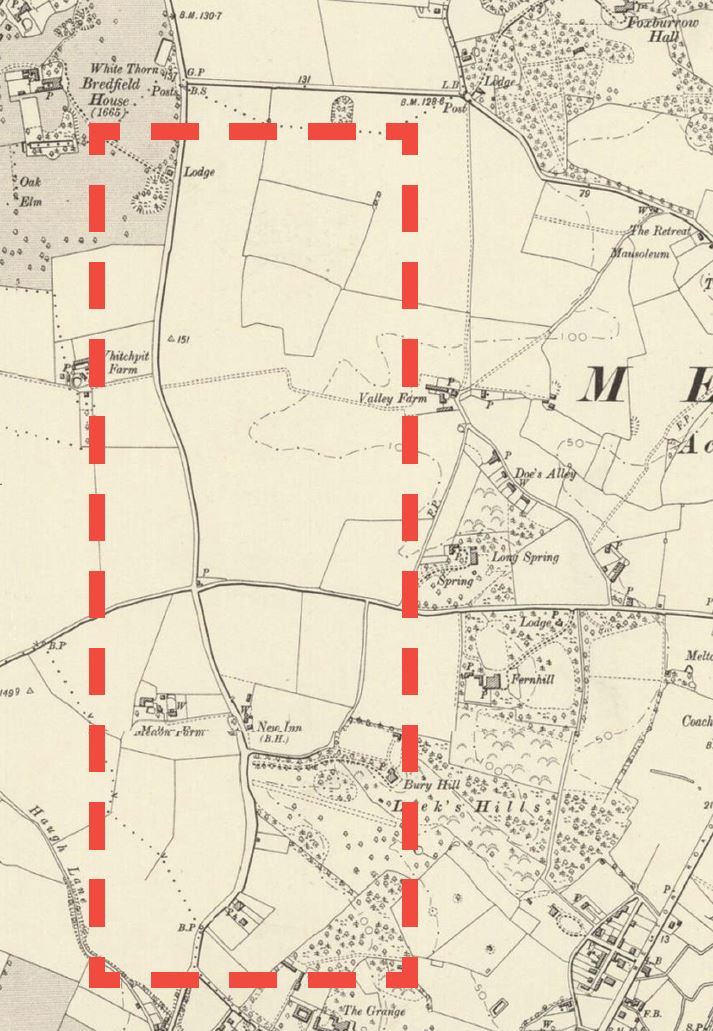