TURNPIKE LANE joins Melton Road at the end of Prospect Place. Used as part of the old route towards Melton, before the turnpike road was built, the lane follows the boundary of Hackney Meadows and Leeks Hill. In 1840, the meadows were sold and construction soon began on new houses, starting with Rose Villa and Hackney Terrace in the 1860s.

From our research, we believe that Hackney Terrace was originally a terrace of houses including Rose Villa on Hackney Road. The road on which the terrace is located then became known as Hackney Terrace.

Hackney New Road, which intersects Turnpike Lane and Melton Road, was put in between 1865 and 1870 when Leeks Villas were built. Charles and Henry Collins, who were millwrights, had their yard here.

The Woodbridge and District Steam Laundry was located on Melton Road, on the side closest to the River Deben. It employed a large number of people from the village and surrounding area. When the war began, the proprietor was Bessie Reeve who lived in Studley on Melton Road. Later it became the home of William Wrentmore and his wife and by 1916, the Laundry had been taken over by Henry Piggot Kirk who lived at Alteryn, a house he built next door to the business to accommodate his family. 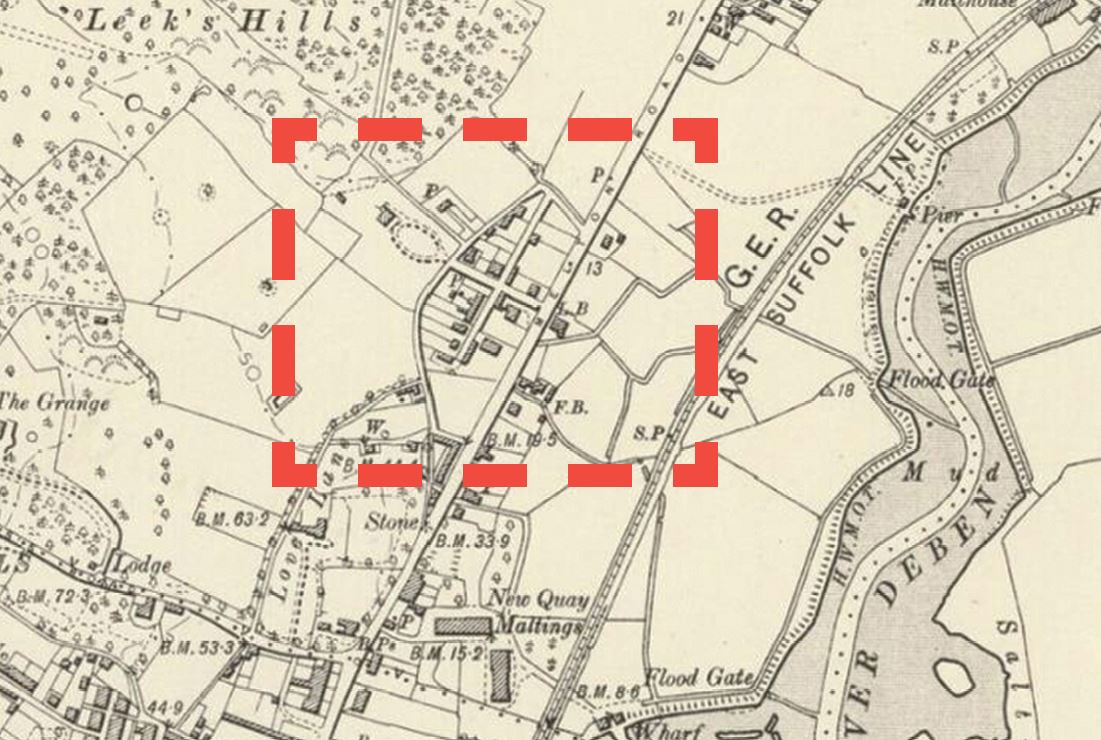