ON THE LEFT-HAND side of Melton Road, heading towards Woods Lane is Melton Playing Field. For many years before the Great War, the field was used as the annual campsite of the 4th (Territorial) Battalion Suffolk Regiment and the Suffolk Yeomanry. At the outbreak of war, however, the field also became used by regiments that formed part of the Eastern Mounted Brigade, including the Essex Yeomanry, 2nd King Edward’s Horse and the Welsh Horse Yeomanry.

Melton Hall stands behind a wall at the junction of Melton Road and Woods Lane. The Hall was home to the Wood family from the mid 18th Century until 1936. On the right- hand side of the road, there are several Victorian villas, built in the 1880s. David Jackson once owned Eden Villas and the land behind including the basket-making business at Eden Works. The Daines family took over the basket-making business in 1901; Daines Lane, by the side of Beulah Villas, is named after the family.

Further down to the right of Melton Road is the Coach and Horses Inn, next door to which was the Melton Brewery, a building that dates back to 1844. In 1902, it was taken over by Sir Cuthbert Quilter of Bawdsey Manor and became the Melton Pure Ale Brewery. However, brewing stopped on the site shortly after the death of Sir Cuthbert in 1912. 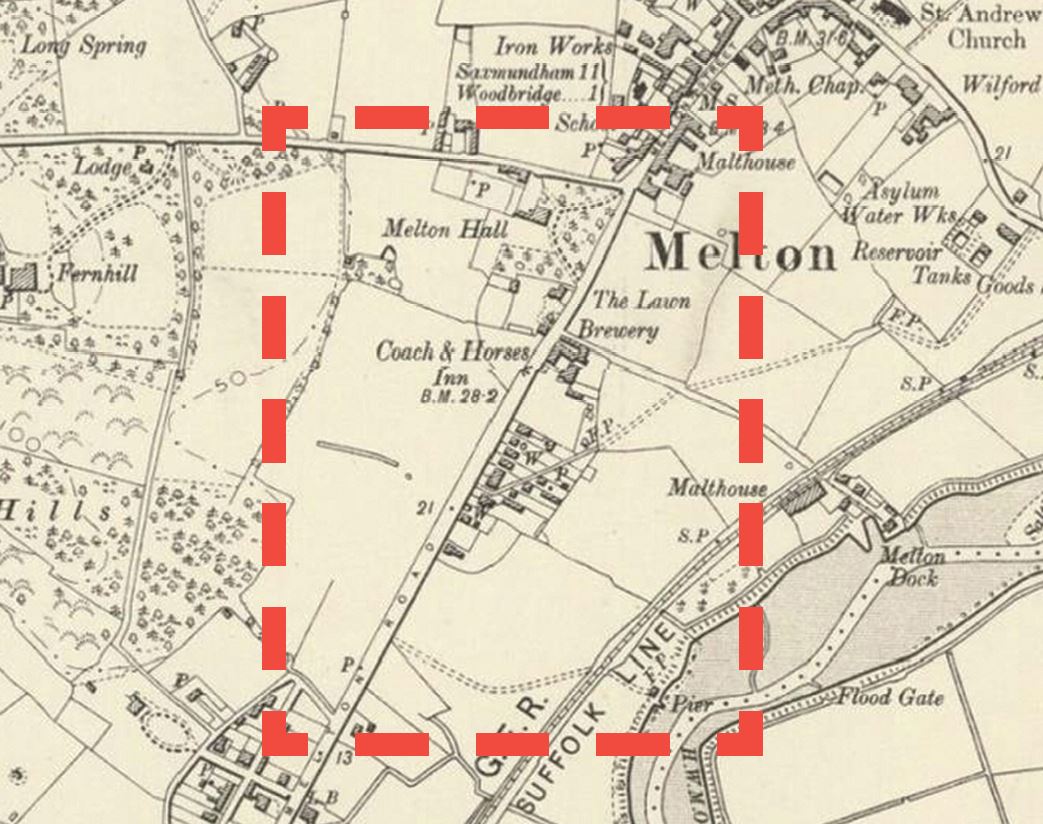