PYTCHES ROAD marks the boundary between Melton and Woodbridge. Melton Hill is part of the Ipswich to Yarmouth Turnpike Road, created in the late 18th Century. Heading into the village centre from Woodbridge, via Melton Road, there are houses to the right, the building of which began in the 1880s (although Maltings Cottage has been there since the 17th Century). The River Deben runs parallel to the length of Melton Road behind these houses and between the road and the river, there was once a brickworks, a maltings and a quay.

Further down Melton Hill, on the left-hand side, is Prospect Place; a terrace of sixteen houses built around 1850 for Francis Frost. It was once called ‘Frost’s Row’. Francis is recorded in the 1851 census as being the ‘House Proprietor’. His family lived at Number 16, which is the only double fronted property in the terrace. George Chandler, a local builder, built three of the villas opposite Prospect Place including Pine View, where he lived with his family. 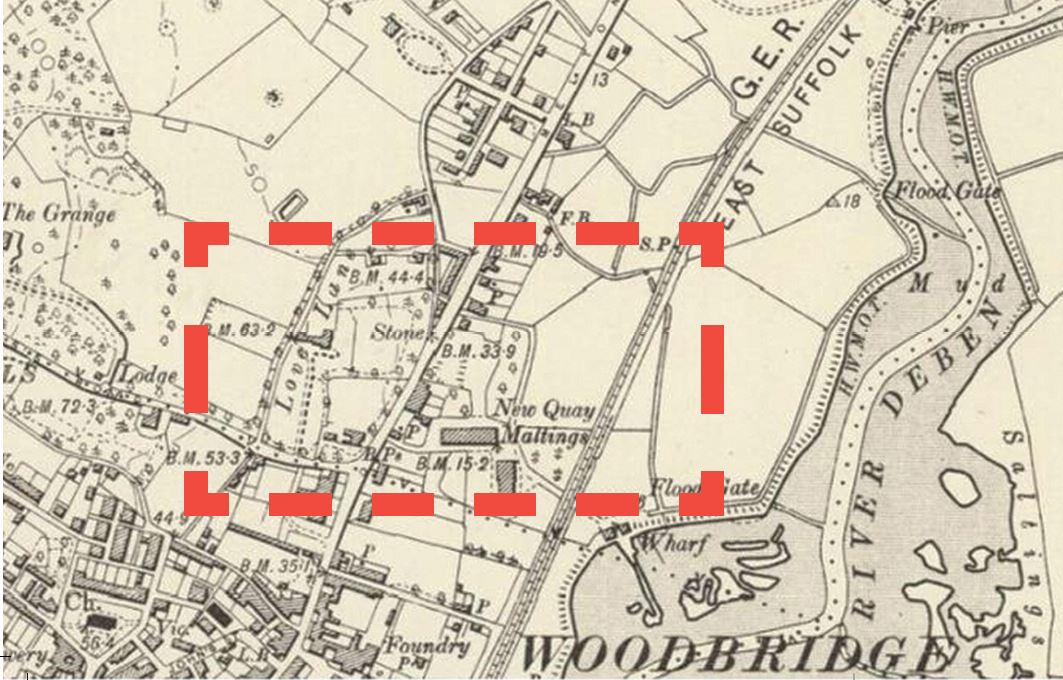