UPPER MELTON TERRACE was built shortly after the turn of the 20th century as staff accommodation for St Audry’s Hospital. The two terraces, comprising a total of sixteen houses, were home to thirteen men who served during the war.

The houses, rented to employees of St Audry’s, were in high demand. The rules laid down in the tenancy agreements were strict and far reaching. They stated that the houses must be open to inspection at all times and kept meticulously clean. Children were to be kept under control and were not to cause damage by breaking down and destroying fences, trees, shrubs or creepers. Dogs were forbidden, but residents could have a cat as a pet. If the tenants used an excessive amount of water – supplied by the hospital’s waterworks on Station Road – the hospital reserved to right to limit the water supply to the entire terrace.

In 1909, the rent per house was three shillings and sixpence per week, the equivalent of £12 per week today. 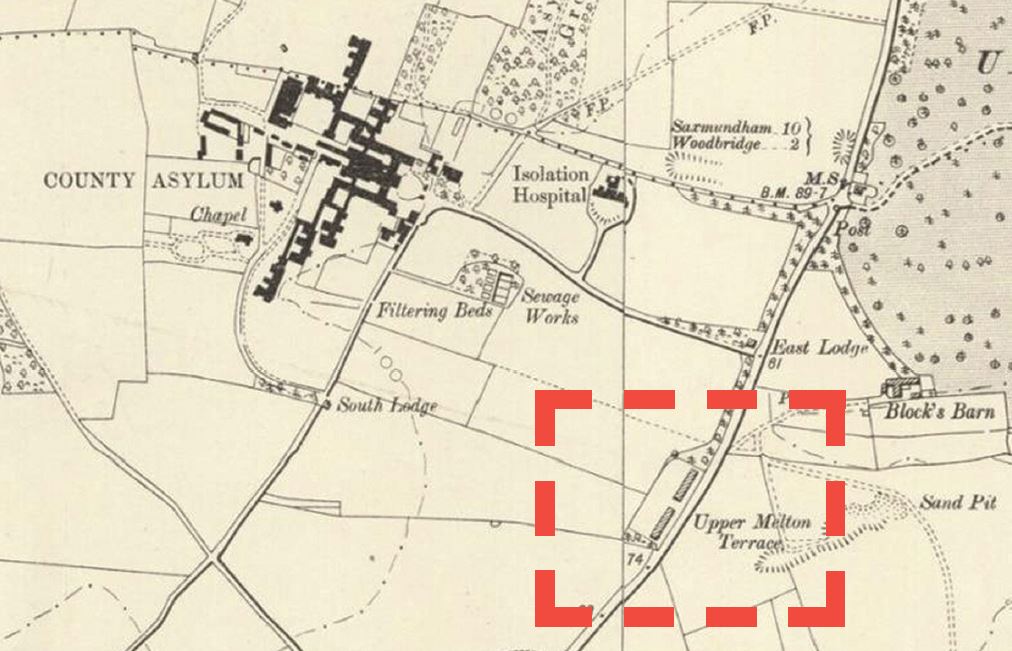