ST AUDRY’S HOSPITAL was originally the workhouse for Melton and the surrounding parishes between 1765 and 1826. It then became the Suffolk County Asylum for Pauper Lunatics in 1829 with one hundred and thirty patients. Between 1832 and 1876, Dr John Kirkman was the Medical Superintendent in charge of the asylum. Dr Kirkman’s attitude to mental illness and its treatment was well ahead of its time: he wanted St Audry’s to act as a “home fromhome” for the patients, instead of an institution. He believed in occupational therapy and brought in sportsmen and musicians as attendants from all over the country. He also encouraged his patients to work on the farm that was part of the estate. Dr Kirkman died in 1887 and is buried in the St Audry’s chapel grounds.

IN 1896, DR JAMES WHITWELL took over the role of Medical Superintendent and, by 1907, when its name changed to the Suffolk District Asylum, he had increased the number of patients they could treat to nine hundred, with a staff of one hundred and fourteen men and women. In a letter to the Woodbridge Reporter and Wickham Market Gazette in October 1917 he wrote:

I should be glad if you could find room in your paper, the Woodbridge Reporter and Wickham Market Gazette, to announce that the name of this Institution will be changed from the above rather objectionable one, and in future will be called St Audry’s Hospital – A name, which is believed, is not only more euphonious, but also conveys a definite and better idea. The name is derived from the ancient Liberty of St Ethelreda (or St Audry) in which the asylum is situated; she also being the daughter of a former king of East Anglia. I feel sure that you will appreciate this change in title for the sake of the poor people and their relatives, to whose troubles we do our best to administer.

I am faithfully yours,

Over fifty men employed at St Audry’s, as either attendants or artisan staff, served during the war – nine of them lost their lives. 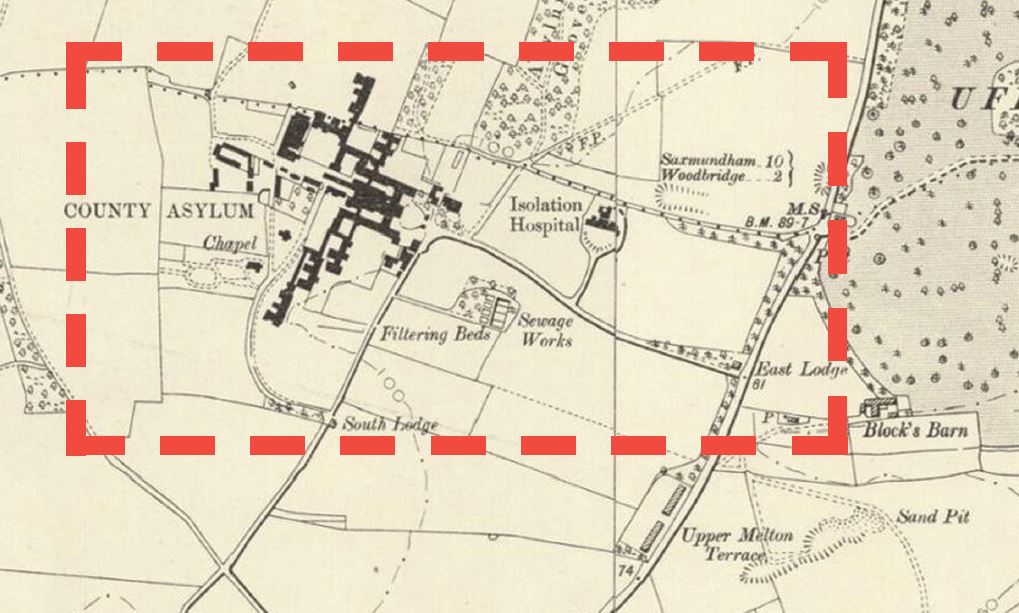