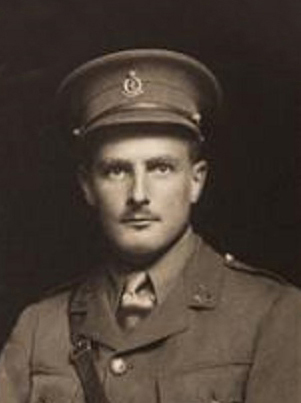 Alfred Noel Garrod, known as Noel, was born in London on 28th December 1887. He was educated at Orwell House in Felixstowe, then Malborough College, before attending Emanuel College Cambridge. He then followed his father into medicine at Bart’s Hospital, London, where he became a house surgeon.

At the start of the war in August 1914, Noel carried on with his duties at St Bartholomew’s Hospital before taking a commission as a Lieutenant in the Royal Army Medical Corps in October 1915. The following month, he was posted to France and was attached to the 100th Field Ambulance. In January 1916, Noel was in command of one of their Advanced Dressing Stations based at “Lone Farm” near Givenchy in France.

“I received an urgent message from “Lone Farm” saying Lieutenant Garrod had been killed. I proceeded immediately to the Advanced Dressing Station and found that he had been hit by a shell, probably causing instantaneous death. He was found about 400 yards from “Lone Farm” near “Windy Ridge” apparently there was no cause for Lieutenant Garrod to be at this spot at the time he was killed.”

For his war service, Noel’s family received the 1914-15 Star and the British War and Victory Medals. He is buried in Bethune Town Cemetery, Pas-de Calais, France and remembered on Melton War Memorial. Noel’s wooden battlefield cross is kept at Melton Old Church. 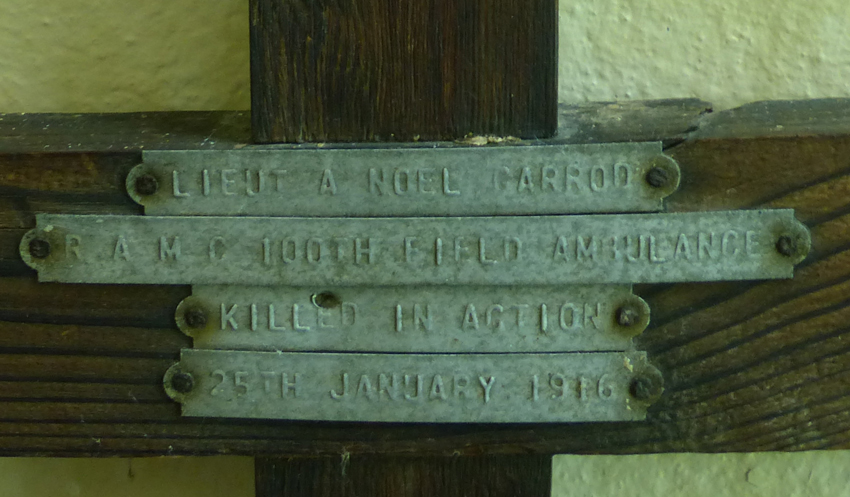