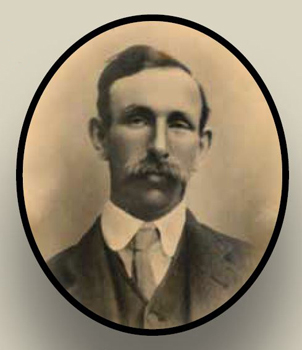 William Jabez Dunn was born in South Creake, near Holkham, Norfolk, on 20th February 1887. In 1911, he was living with his parents in New Holkham, Wells, also in Norfolk and working as a labourer there. A year later, he married Isabel Mary Chapman in the Stow district of Suffolk where they had two children, Philip in 1913 and George in 1916.

William was conscripted into the army in 1916 and mobilised in August that year, joining the 4th Suffolk Regiment. After training, he was posted to France, joining the 11th Suffolk Regiment in the field. On 26th August 1917, the 11th Suffolks were on the front line near Hargicourt ready to attack the enemy lines. Their aim was to capture a piece of high ground at Malakoff Farm and its surrounding trenches. The attack was timed to start at 04:30 and their first objective, Rifle Pit Trench, was found to be empty and taken easily. The following two trenches, Malakoff Trench and Sugar Trench, were occupied, and the war diary describes what happened:

“At the junction of Sugar and Malakoff trench there was hand to hand fighting and bombing, the machine gun here caused a few casualties, but the crew were soon killed.”

The battalion succeeded in all its objectives that day including Malakoff Farm. It was in this fighting that Corporal Sidney James Day earned the Victoria Cross for his actions. His citation states that the actions he took on that day prevented the battalion from receiving greater casualties. Even so, forty men from the battalion died in the fighting that day – William Jabez Dunn was one of them.

He is buried in Hargicourt Communal Cemetery Extension in France. His wife, Isabel, who was living at the time in Laundry Cottage, Doe’s Alley, had the following added to his gravestone;

“We shall meet again, Dear Will”

He is also remembered on Holkham War Memorial in the grounds of Holkham Hall, Norfolk.

For his war service, William’s family received the British War and Victory Medals.